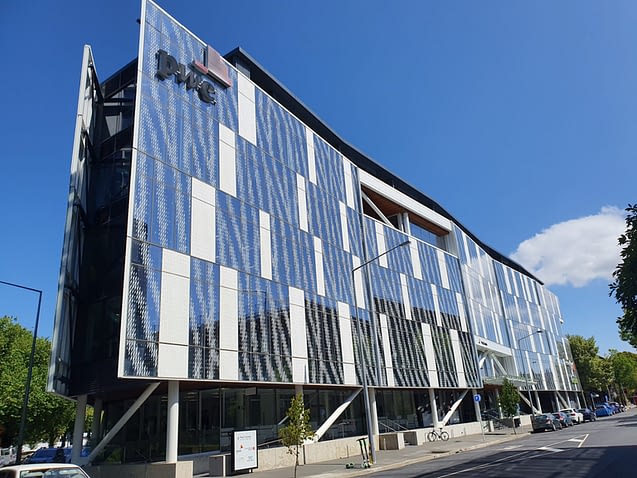 "The benefits are better timesheet records when clocking a job, especially when some jobs clock 60,000 hours and take 3 years"

As you're going through, you can check hours as a percentage of a job against where you're at. You also get a cost breakdown of your labour, because every worker is on a different hourly rate. It helps collate it all for you and shows how much the job's wages cost you. That's one of the biggest things I like - better reports

Alu-Fix, which has 44 staff, specialises in the installation of curtain wall and facade systems for commercial and residential high-rise buildings, including two significantly large Christchurch building projects - the $475 million Te Pae Convention Centre and the University of Canterbury Garden Hall Student Accommodation Facility.

Each of the two projects requires up to 50,000 hours of labour, meaning an accurate timekeeping system is essential, Alu-Fix director Scott Campbell says.

If I click on the hours in TimeDock I can generate a report, see that it's cost me exactly $478,098.43 in labour so far. And I can see the individual guys and how many hours they've spent. It's just so good.

When we had 18-20 guys, it started getting too much for paperwork. So we looked around and found Timedock. Going from paper timesheets to electronic was essential because it was taking too long on a Wednesday to keep track of someone's whole week. They would often write the timesheet out on a Friday. We looked around and found other ones, but TimeDock's price per person per month is really good value.

Scott found that by switching to TimeDock, the accuracy and honesty of his staff timesheets have improved drastically.

We have a site office at the Christchurch Convention Centre for example, the guys clock in and clock out, that's an example of using the tablet on bigger sites. Other site foremen use their phone to clock in and out. Say we've got a site with 20 guys, that'll have a docking station. Labourers and installers have to clock in and out with the foreman. It keeps people honest. The mobile app also offers GPS tracking, it's like a spot photo check of where workers are - at the time of clocking in, it pinpoints where they are. It took some convincing of the guys, I explained it's only when you're using the app, checking in to show where you are. If one guy on a timesheet has done extra hours, we look into that. Say the guys are doing a charge-out role, we can take care of the variations and charging out most accurately.

The scale of the jobs that Alu-Fix undertake means that with TimeDock they're now highly efficient with their record keeping, job management and costing, giving them tangible return on investment.

The benefits are better records when clocking a job, especially when some jobs clock 60,000 hours. Some jobs take 3 years. As you're going through, you can check hours as a percentage of a job against where you're at. You also get a cost breakdown of your labour, because every worker is on a different hourly rate. It helps collate it all for you and shows how much the job's wages cost you. That's one of the biggest things I like - better reports. Other big advantage is when we do charge-out jobs, we can prove to a client and assure them it can be GPS tracked. At first, staff wages went up a bit, because it’s more accurate. Using TimeDock was a shock at first because it was so accurate.

On the convention centre site, because it was restricted to how many guys could work on the site, track and tracing helped the team work a lot better. We printed the information out and gave it to the main contractor. It allowed us to bring more guys on site.

Scott also appreciates that TimeDock matches photos of staff with their names - useful when managing large numbers of short-term contractors.

Sometimes you don't know all your staff and it's useful to have the face matched with the name via TimeDock. When I'm out and about I can see on my phone who's working, how long for - before you had no idea.

Let's get your timesheets streaming live, and more accurate.

Fill in the form below for a quote or more information.